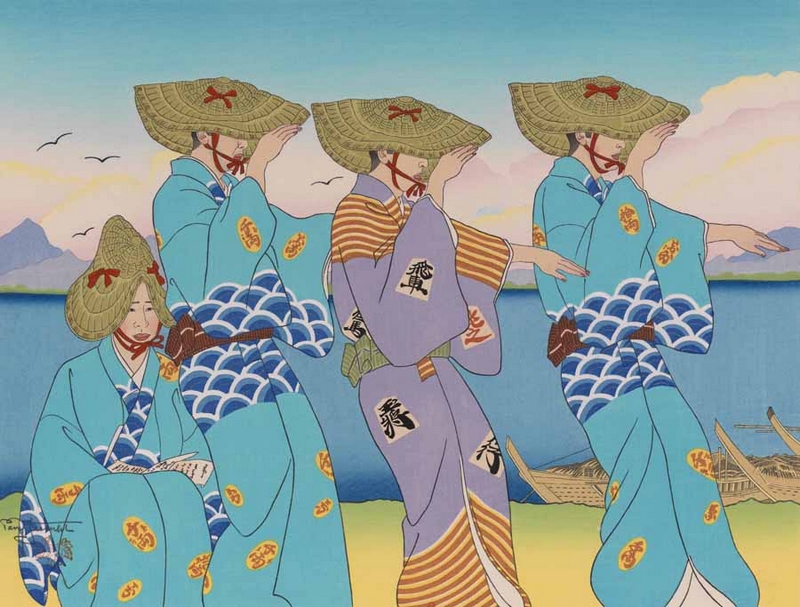 PAUL JACOULET, from France, spent his entire life in Japan learning how to create and recreate japanese prints. He was born in Paris in 1896, in 1899 his parents took him to Japan where he stayed for the rest of his life. It’s the third exhibition of the artist in Paris : the first one was in 2011 at the Bibliothèque Nationale de France and the second was in 2013 at musée du Quai Branly.
it is now the turn of Maison de la Culture du Japon to propose a retrospective on PAUL JACOULET. The exhibition offers over one hundred Japanese prints created by the artist between 1934 and 1960. 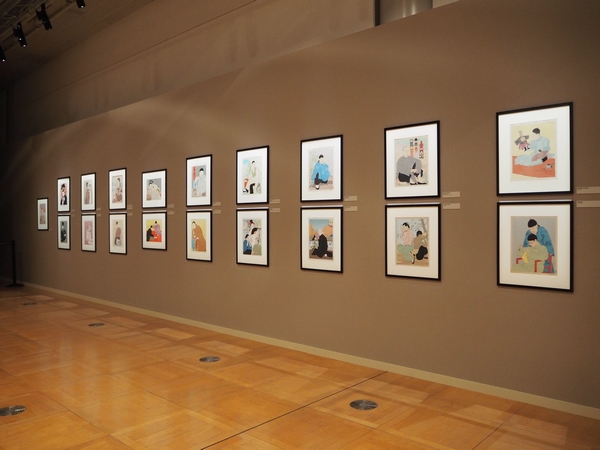 When he was three years old the artist left Paris with his parents. He was one of the first French to be with young Japanese children. He was quickly initiate to the traditional Japanese painting and calligraphy. Thanks to this learning he developped an interest in wood engraving called as “ukiyo-e” in Japanese.

In less than thirty years, PAUL JACOULET and his colaborators, created approximately one hundred and sixty Japanese prints in China, Korea, Japan and Pacific Islands. 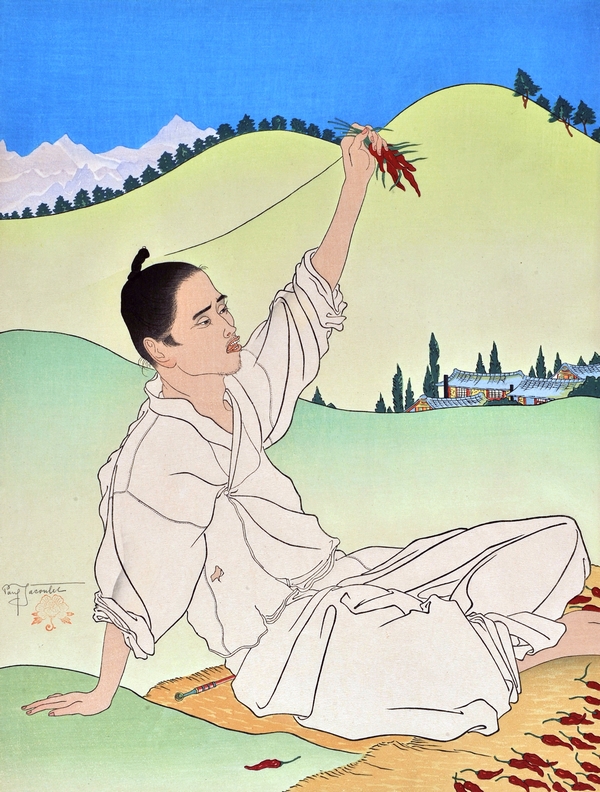 For PAUL JACOULET, the illustrator, the engraver and the printer are part of the creation’s processus of an artefact. This is close to the harmony that can be felt when creating music: each musician is essential to another for creating the perfect union of a piece of music. 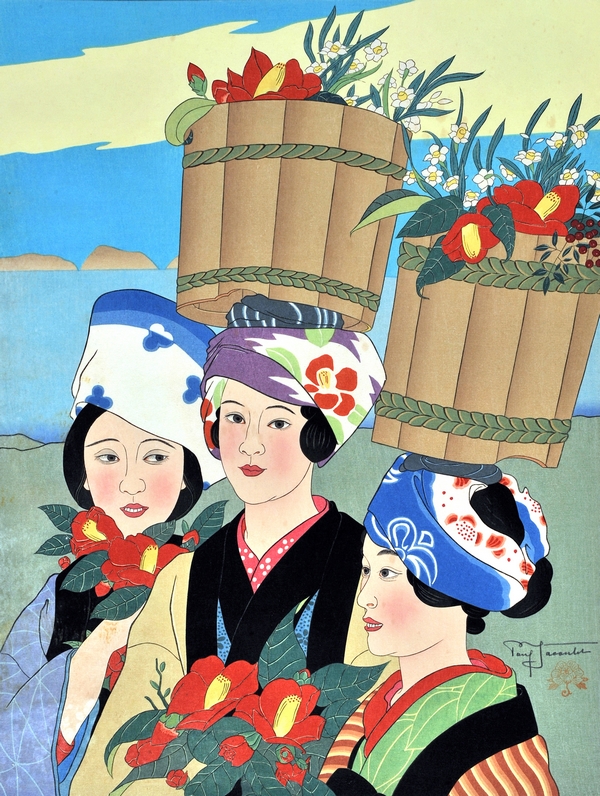 It is not a coincidence if the artist goes from watercolor to Japanese print, indeed, when he was 25 he was Tokyo’s biggest collector.
He uses the traditional Japanese technic of wood engraving with adding his personal touch.
The ukiyo-e’s (cherrywood engraving) technique employed was as follows : the engraver creates the first bloc with PAUL JACOULET’s drawing. Then he put some colours, it depends on the number of colours but this step can be repeted between 15 and 30 times. After that some gold or silver wire can be added or an ink relief.
Final step : printing is done by several passages of the sheet in each of the previously created wood engraving. 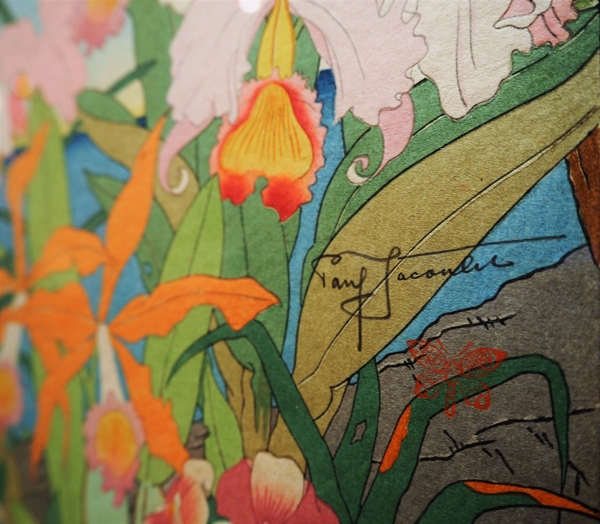 ©The Other Sight Webzine, Paul Jacoulet

Represented people are often from different social background. This sociological path will transport you into the Asian’s twentieth century with life scenes more or less mundane. Color vividness and detail of each work reflects the meticulous work of PAUL JACOULET.