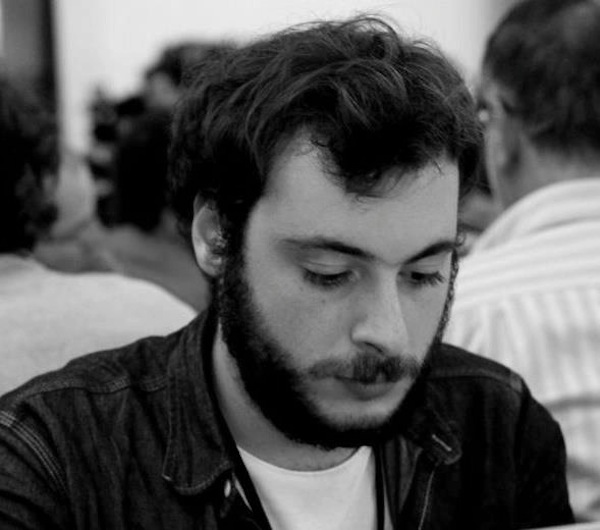 LET’S NESTLE IN THE INTERNET

Julien Achard, 30 years old, I studied Fine Arts in England and every job I’ve ever had since has been Web-related.

I think it’s a matter of culture, my generation wasn’t born with the Internet but some of us felt a connection to it fairly early on in their lives (I think for me, I must have been 12 or 13). In part, it’s this generation that made the Internet what it is today. So, it’s logical to meet there, as our references are the same. The same way “Friends” or the 1998 World Cup, uploading my first albums on Napster was all part of my personal development. I am a part of the generation that knew the “Internet of before”; the one of 56K modems followed its evolution and participates in the one of today, which makes the whole thing fascinating.

What is your work’s operative word in your mind?

Diversity, that’s also what’s interesting about the Internet. If I could only do data-visualization for instance, I’d be very sad.

In 2012, with Alexandre Léchenet and Enora Denis, the other two co-founders, we worked on a data-visualization project called Prime Matter (http://matierepremiere.fr) that studied the 2012 French and American elections through images. We really wanted to continue working together on the theme Internet plus paper version, the magazine; it seemed to us like a good way to go in reverse, to keep an Internet spirit in the subjects we chose, in the layout, the links to the Web culture… All this plus keeping an older way. It’s a way of making things official, to freeze them. Our motto is “Let’s print the Internet before it stops”.

Logically, our latest issue would be my favorite since the more we move forward the better our work becomes in the form as much as in the articles.

Continuing to develop the magazine (to be better distributed, print a larger run, perhaps a bilingual version).

Besides that, my future project never get far from the Web, right now I’m developing a web-documentary and I have a few projects (web fiction, publishing…) in the writing stages.