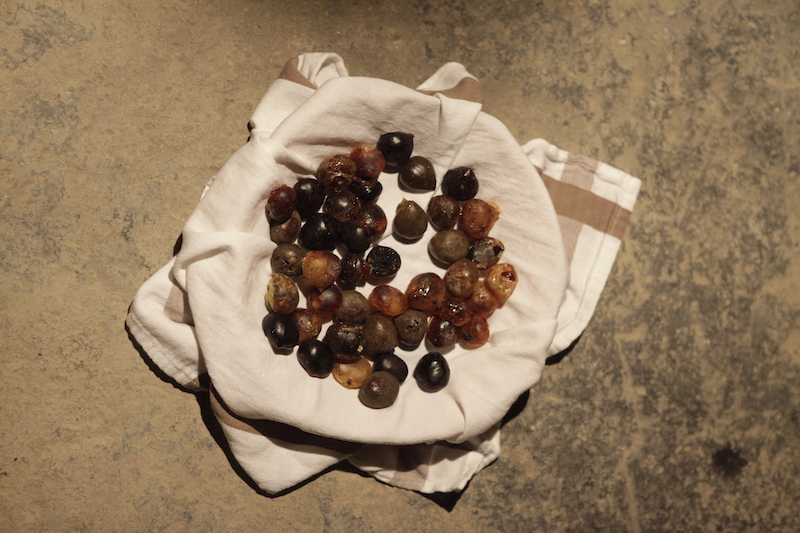 The Tomaz Hippolito Studio makes way for a few days to the performance of French artist Jean-François Krebs.

Already accustomed to this space to have made a residence in 2017 followed by a first exhibition, Jean-François Krebs now presents LEITE RIUM, bad milk.

A solo show, surprising and suspended in time in this already unusual space located in the heart of Marvila and whose raw appearance of concrete has been perfectly preserved. 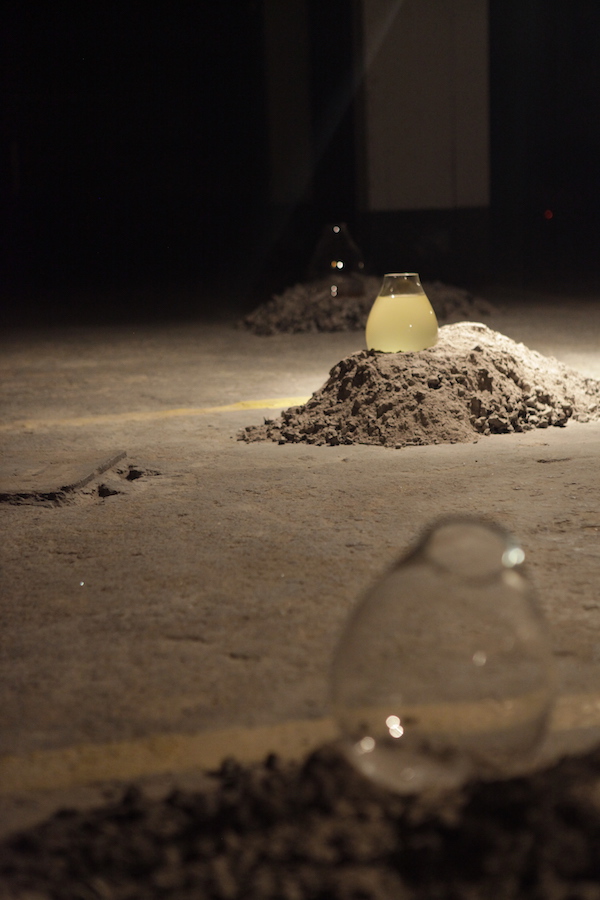 We find two central themes in this artistic performance that is lived in two stages always linked to each other: the concept of birth and life cycle. And the second, in reference to the human skin and bark of the tree all around a piece of copper that has undergone various natural treatments related to rain or the heat of the sun. 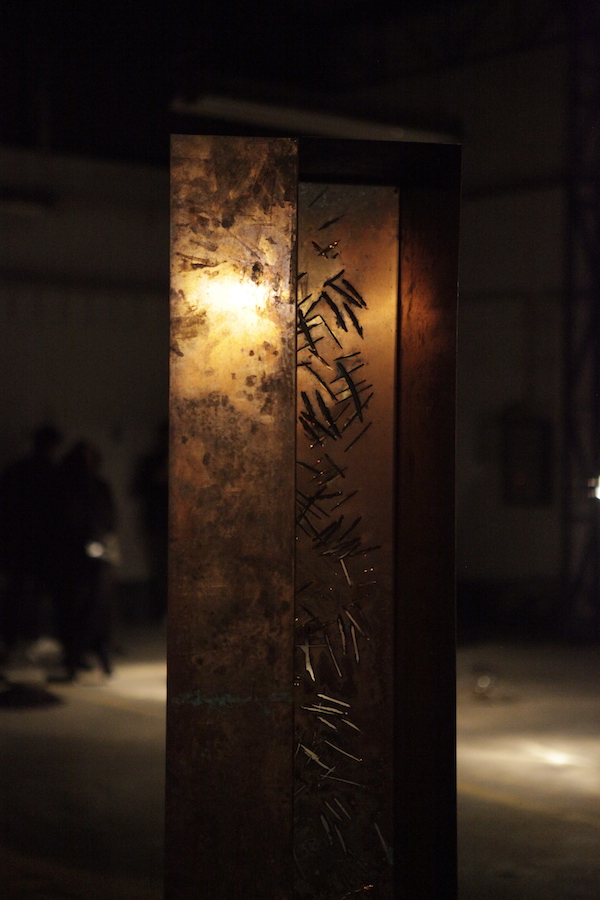 From the birth of the individual and the first memories of the artist we find the uterine shape of the glass containers used to accommodate the different liquids most often organic such as milk that sucks both maternal sweetness as well as disgust, urine, wine. At the end of a cycle and at the dark side it can represent through ash and dust. Most of emotional states are approached. The metal bar engraved with traces of scarification leads to the scarification of a bark of a tree whose sap appears. This same sap that will serve as a dried body for the production of chestnuts and which will also be used for censing. These chestnuts will be burned on a locomotive typically Portuguese time of the performance by the artist. The ashes recovered will become a highlight of the cycle desired by the artist. 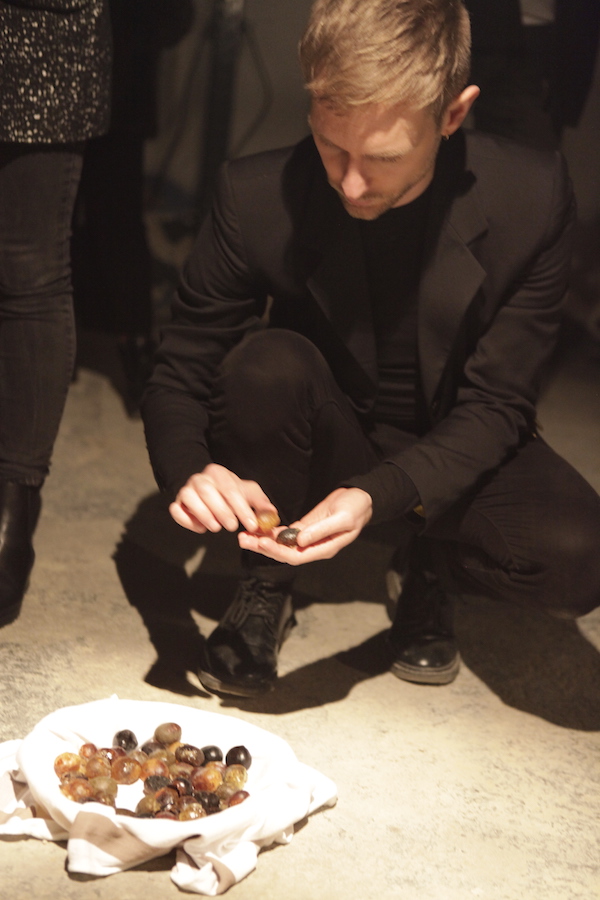 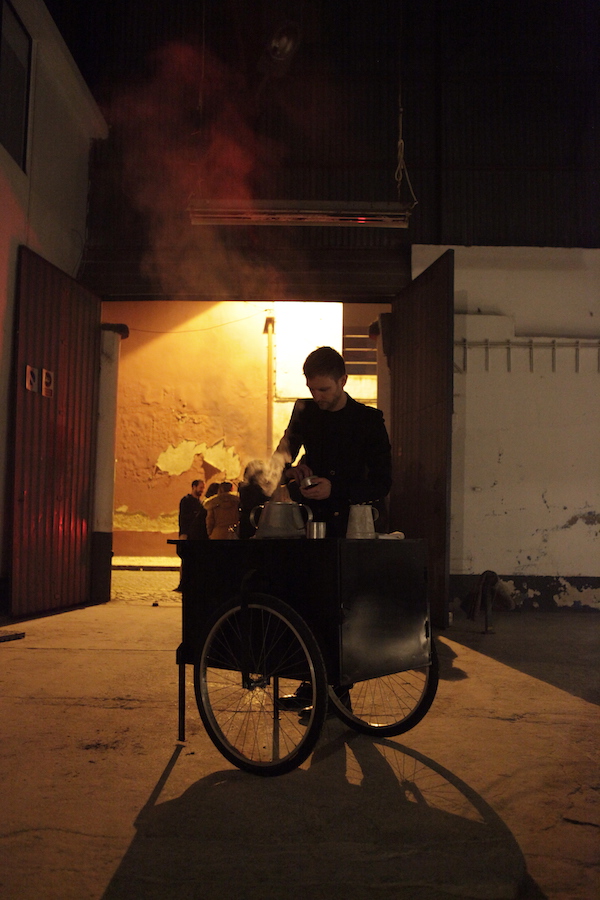 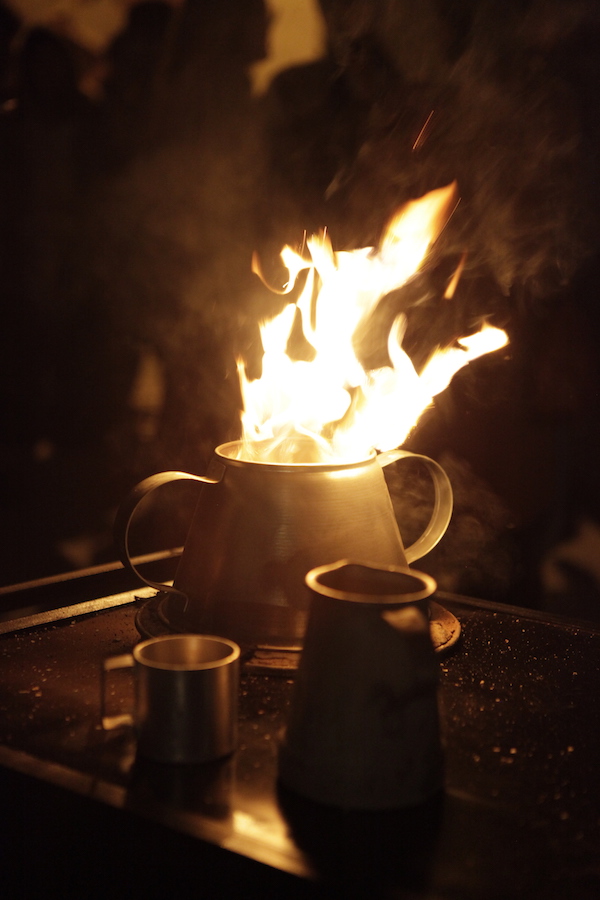 This Sunday, December 2, will be held at Tomaz Hippolito Studio, the performance of the artist. The incensing of the various materials used will bring a final point to this installation in situ set up for a few days.