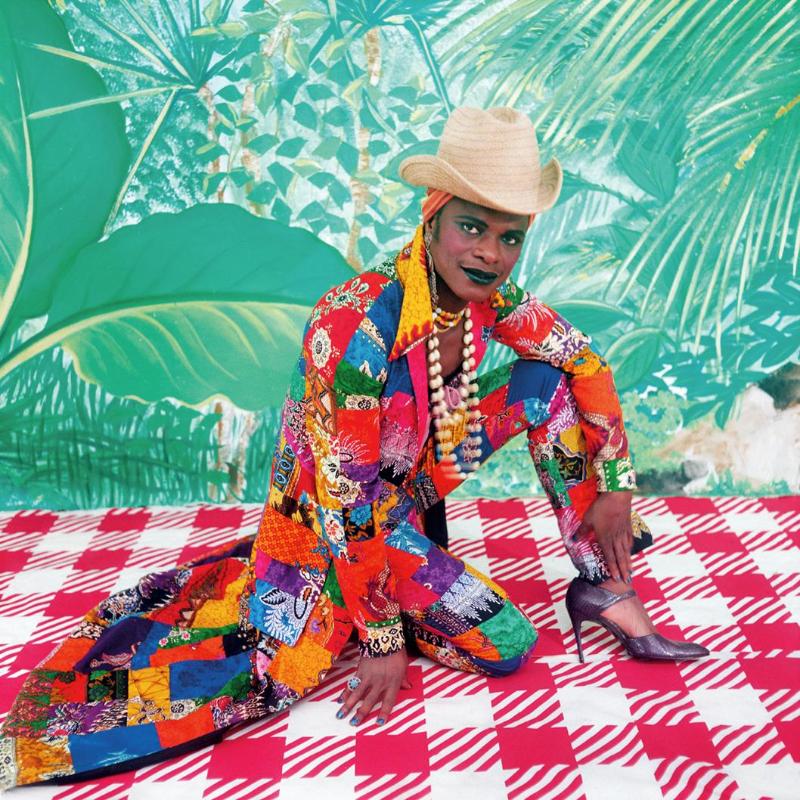 We could easily qualify Samuel Fosso as a chameleon of photography. Both comfortable in front as behind the lens, the Cameroonian artist stages himself and places the self-portrait at the center of his work.

With a career that started early at the age of thirteen in Bengui, Central Africa, with the opening of a first studio called the National Photo Studio, Samuel Fosso is already showing a certain confidence. And what a better way to get noticed and show off your talent to passers-by than to present yourself in front of the camera ? The photographer feeds a particular taste for fashion and keeping a real sense of self-deprecation and humor. Each shot is the result of a real research : he designs his costumes himself and ask a local workshop to make them. The artistic direction is masterfully led and backgrounds allow the artist to set the scene for his stories. His studio will successively become the Gentil studio, the Hobereau studio and then the Convenance studio. Names chosen according to his creative periods.

What may seem, at first sight, like a young adolescent’s innocent fascination with the world around him will become a form of claimed contestation. The young man dares to disguise himself, playing with social codes, Samuel Fosso will quickly position himself in the political field, fighting in his own way for freedom of expression and Human rights.

From his first steps as a judoka, as a young sailor or even as a disco dancer in the 70s and his first pictures surrounded by members of his family, Samuel Fosso‘s work evolves. He abandons black and white shots for a while, to assert himself in the midst of bright colors, so specific to the African culture in which he grew up. The world of sappers inspires him and the photographer asserts himself more and more, openly denouncing African leaders and clichés of society through the titles of his works.

Returning to a certain form of sobriety, the artist offers in 2008 a series of photographs paying tribute to committed personalities whose talent and combat he admires. He will play, with stunning realism, a Martin Luther King proclaiming his I have a dream speech, a Mohammed Ali thirsty for victory in the ring or even an Angela Davis with a determined look. Twenty years later, the photographer will resume this work, in color this time and in a more international way, by incarnating great figures of History, starting with the presentation of a black Pope at the 11th African Biennial of Photography. Or a controversial Mao Zedong.

Throughout his career Samuel Fosso strives to defend causes that seem right to him without ever forgetting to pay tribute to African culture, to his ancestors or to the patriots engaged in armed combats.

Samuel Fosso, 59 years old, lives now between Paris and Bengui. The MEP has chosen to present a retrospective of its work until March 13, 2022.

Samuel Fosso at the Maison Européenne de la photographie from the November 10th 2021 to the March 12th 2022 in Paris.