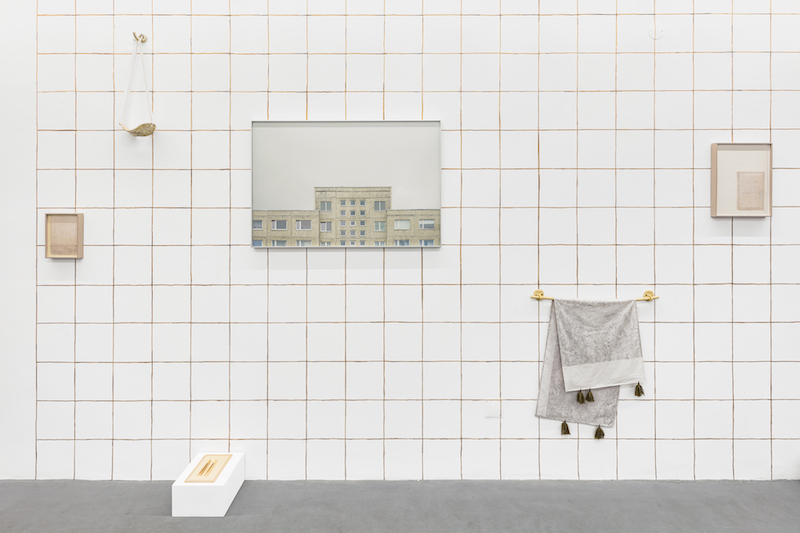 Evy Jokhova // Within these lines I operate

We are particularly attached to the FOCO contemporary art gallery in Lisbon. Surely already because it’s one of the first galleries that we visited in this city. But also because Benjamin Gonthier (Ben) has turned this space into a real place for meetings and exchanges between creative people from around the world.

Currently in India for an associative project, the gallery owner gave carte blanche to the curator Aude Vignac the time of an exhibition. And, for our greatest pleasure, she selected the Russian and Estonian artist Evy Jokhova. We had discovered this talented artist during an open studio at Azan Space where she was in residence few months ago.

In this exhibition Within these lines I operate, Evy Jokhova, whose work revolves around architecture, social anthropology, philosophy and of course art in itself, has designed the space. The lines already present on some walls of the FOCO became natural source of inspiration for the artist. Have you ever noticed that they are everywhere? From the floor of a metro station, to the organization of an open-space space or a city, from daily objects to the lines of our first school notebooks …

FOCO is now no longer only an art gallery but also a house where domestic utensils coexist and communicate to each others. The woman’s role is the main element and the grid, the crossing of the lines, the symbol of a social interaction in the domestic architecture.

The artist immerses the visitor in near or far familiar memories . All these objects redesigned in artworks have their own stories. The audience has necessarily faced one of them during the lifetime and it’s the memory of the body that Evy Jokhova evokes.

This solo show is an invitation to reconsider the individualism pushed by this modern society in which we evolve day after day, facing the collective represented by home and its rituals.

The performance of the American dancer Patricia Keleher during the opening and the Lisbon Art Weekend brought the movement. She gave life to the entire installation. Sensuality, femininity and humor becoming key elements in understanding the artistic universe of Evy Jokhova.

We had the pleasure to meet Evy Jokhova and to discover her atelier in Lisbon. The opportunity for us also to know more about this artist, her inspirations and her projects. Her Focus is available on our webzine.